How do we handle the provincial sales tax for purchases from non-HST provinces & territories excluding expense reimbursements?

There are five non-HST provinces including Quebec, Alberta, British Columbia, Manitoba, Saskatchewan, as well as the Northwest Territories, Nunavut and Yukon.  Provincial portion of taxes incurred in a non-HST province are not recoverable and therefore expensed using tax code EO.  However, the University is eligible for rebate on the GST portion paid in other provinces.

As an example of how to handle these purchases, outlined below are scenarios involving the purchase of goods or services from Quebec and the difference in tax treatment. 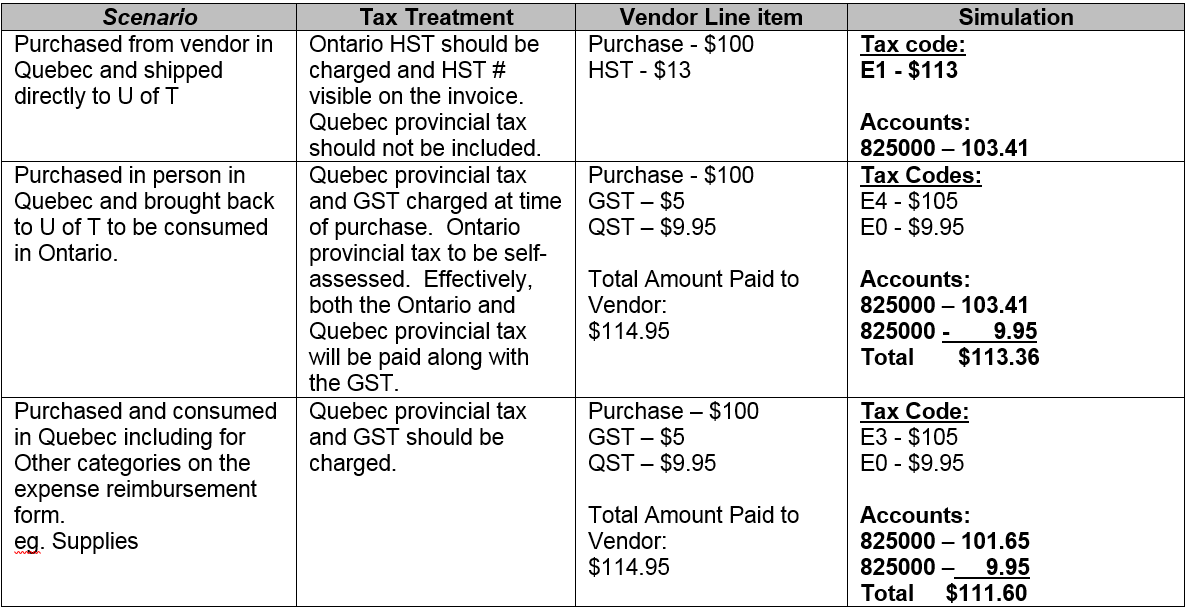